Can We Count on You? 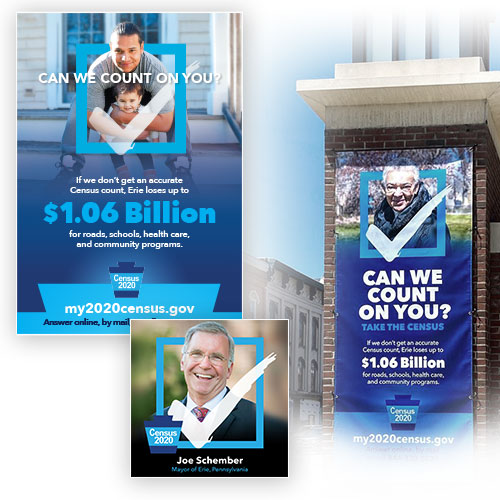 In May of 2020, the city of Erie launched “Can We Count on You?,” a multimedia advertising campaign to encourages citizens to complete the 2020 Census. The nationwide head count of Americans that takes place every 10 years. There is a lot at stake, because an inaccurate count means Erie could lose up to $1 billion in federal funding for programs like education, roads, healthcare, community centers and housing. The census also factors into how congressional districts are drawn.

The City of Erie teamed up with Engel O’Neill on the campaign, which includes television and radio spots, billboards, print advertising and social media. The city’s campaign also includes a social media video and flyers in 5 different native languages.

Click Here to read more about the campaign on goerie.com.

We are a team of experienced designers, marketers and media buyers helping businesses of all sizes grow and succeed.

How Can We Help?